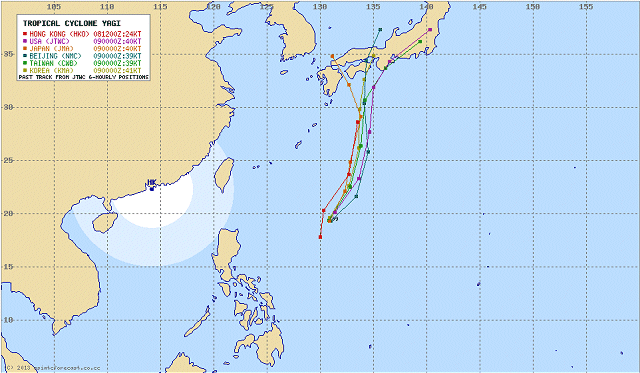 Tropical Storm YAGI / Dante  has intensified and still brings rain to the Philippines while it is moving towards Southern Japan.

At 06:00 a.m. PST today, the center of Tropical Storm YAGI / Dante was located over the northeastern part of the Philippine Sea about 924 km east-northeast of Santa Ana, Cagayan. It is currently moving north to north-northeast with an increased forward speed of 22 km/h in the general direction of Southern Japan.

The multi-agency forecast has narrowed and points now to southern Japan.