A phreatic explosion on Mayon Volcano 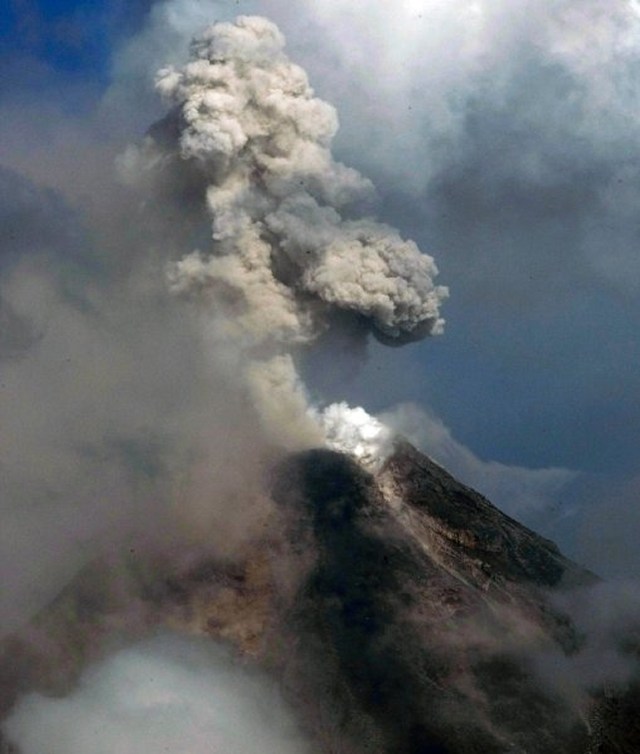 Mayon Volcano  at 8:00 AM today, produced a small phreatic event that lasted about 73 seconds.

The gray to brown clouds reached 500 meters above the summit and drifted west southwest. No volcanic earthquake was detected within the past 24-hour observation period. Seismic and gas emission parameters remain within background levels and indicate no intensification of volcanic activity.

With the above observations, PHIVOLCS is maintaining an Alert Level 0 status which means that no magmatic eruption is imminent. However, small phreatic explosions including small steam and ash ejections may occur suddenly with little or no warning. It is strongly advised that the public refrain from entering the 6-kilometer radius Permanent Danger Zone (PDZ) due to the threat of sudden steam-driven eruptions and rock falls from the upper and middle slopes of the volcano.

Press articles speak of 3 groups of mountaineers composed of 20 persons climbing Mount Mayon when it exploded.
Disaster authorities are still investigating reports that say that there were two persons who died and two injured as a result of the explosion.

Four of the fatalities are foreigners (Germans), who were crushed by large rocks triggered by the ash explosion along with their Filipino tour guide.